Showing posts from November, 2019
Show all

A word from our sponsor 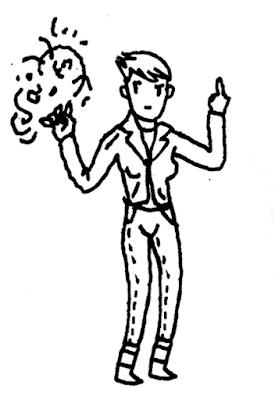 I have two settings for TROIKA! available for free on Itch. Art by Evlyn Moreau There's The Liver of Acratopotes , a fantasy setting set on a demigod's liver. And there's the TROIKA! version of Passing Strange . 21st century weirdness and the weirdos who must suffer it. Both of these have been featured in stages of unfinishedness on this very blog.
5 comments
Read more

How to deal with imposter syndrome

November 06, 2019
1) Remember that you are not alone. There are legions of people out there who suffer as you do. Strike up a conversation with one. 2) Say to yourself “I belong in the space I occupy. I push myself to new accomplisments”. 3) Get a parrot. It echoes your words without the burden of an intellect. 4) Take pleasure in your indistinct reflection in storefront windows as you pass by. Like a real person, you are in motion. You are accomplishing things. You do not obsess. 5) Avoid mirrors. They are likely to make you ruminate upon certain parts of your face. Remember: an imagined flaw is as painful as a real one. 6) Drink coffee. Fetishize it. Say things like “I need my coffee” or “I don’t know what I would do without coffee”. 7) Avoid prolonged contact with dogs (and certain breeds of pig). They pick up on so much. 8) Remember to cycle between over-preparedness and procrastination. You need both to maintain your position.
2 comments
Read more 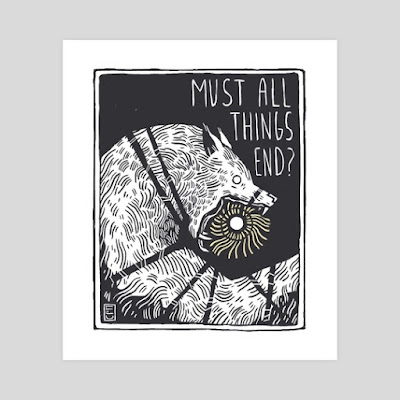 (Sorry I've neglected the blog! I've been overwhelmed). Everything shakes, and all things are shaken loose. In the body. In the world.   A Wolf whose maw reaches from earth to heaven swallows the sun.   A Worm so vast that it fills up the ocean, drags itself up on land, spewing venom and fire, setting the world ablaze. The World Ash shakes from the tremors, and bursts into flame. Its fiery branches tear down the stars. Heimdall sounds his horn, and it drowns out the heavens’ thunder. The dead warriors stumble out onto the Plain of Iða, but giant birds, fire-drakes and flying lizards fill the sky, and descend upon them, crushing them under their weight. Below in Midgard, humanity swarms out of its broken cities, like ants from a destroyed nest. The jotun trample them, and cross the rainbow bridge, breaking it as they march. The Wolf strides into Asgard, and the Worm rises up, sinks its teeth into Hlidskialf, and pulls itself up. The mighty gods seem ver
2 comments
Read more
More posts