Showing posts from December, 2018
Show all

Dost see not the Alder-King, with crown and train? Another project I'm working on (on and off) is a kind of proto-Resistance 1700s horror game. It's inspired by Darkest Dungeon, Otfried Preussler's Krabat , as well as all kinds of horror and Gothic fiction. The English title is a bit more descriptive. The concept is very basic: A group of idealists and misfits are tasked with hunting a monster preying on a small village in Bohemia/vague central European place. There are such 'character classes' or callings as The New Priest, The Disgraced Officer, The Brokenhearted and The Coffin Birth. The project started as a version of a sanity/mental stress mechanic which I'm crudely bolting on to a simple version of the Resistance rules (the die mechanic, really) found in a game called The Beast . The mechanic is as follows: HOPE (starts at 6, but your choice of calling may change this) CERTAINTY (starts at 0, but your calling may change this) How HOPE is gained and lost Hope is faith in providence, a bel
Post a Comment
Read more 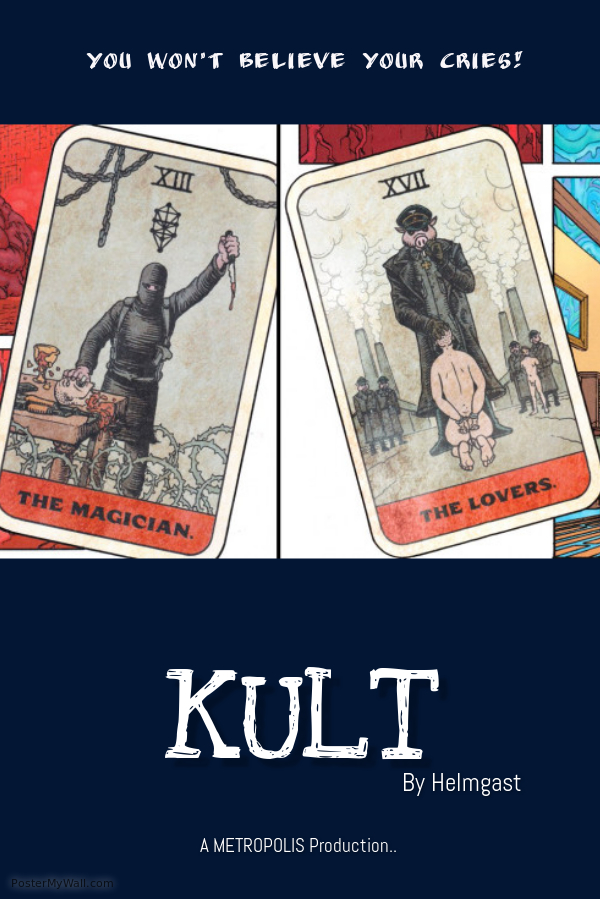 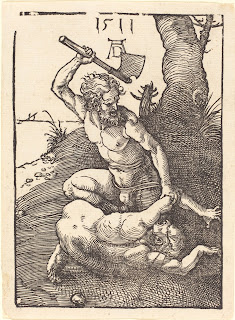 I mentioned using the Resistance rules  for 'my' Kult. The Spire is the only rpg I know of that uses the system, so I have been looking over its shoulder for guiding examples. Characters in The Spire are larger than life. They are revolutionary leaders, spider-priests and bar-brawling knights. The character types may choose from a range of abilities that are labelled LOW, MEDIUM and HIGH. I imagine that Kult player characters start out as inhabitants of a world that is almost ours, and that they have very human limitations. On the other hand I would like them to be able to engage with the wondrous and horrible beneath the surface, and accept or reject their part in it. This potentially involves transformations, strange faiths, magic, and even an existence as a god.  I have decided to go about it this way: Players start by picking a template. It is quite broad, but is meant to give an idea of the character's view of the world, and the strangeness in it. The Listless
Post a Comment
Read more

December 28, 2018
The Darkling Thrush BY  THOMAS HARDY I leant upon a coppice gate       When Frost was spectre-grey, And Winter's dregs made desolate       The weakening eye of day. The tangled bine-stems scored the sky       Like strings of broken lyres, And all mankind that haunted nigh       Had sought their household fires. The land's sharp features seemed to be       The Century's corpse outleant, His crypt the cloudy canopy,       The wind his death-lament. The ancient pulse of germ and birth       Was shrunken hard and dry, And every spirit upon earth       Seemed fervourless as I. At once a voice arose among       The bleak twigs overhead In a full-hearted evensong       Of joy illimited; An aged thrush, frail, gaunt, and small,       In blast-beruffled plume, Had chosen thus to fling his soul       Upon the growing gloom. So little cause for carolings       Of such ecstatic sound Was written on terrestrial things
Post a Comment
Read more

Get off my equilibrium! 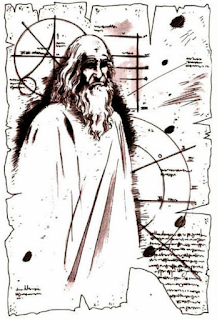 Central to previous versions of Kult was Mental Balance (MB), both as a concept and a character stat. The MB started at zero, and could, at least in theory, go up and down. It had a dual function as a measure of psychological well-being and as a measure of enlightenment, or closeness to the forgotten god-state that humans are normally separated from. The game posited two ways to approach awakening our god-nature: The Dark Path (physical, filthy, reveling in separateness from human society, and based on MB going down) and  The Light Path (harmony-seeking, spiritual, empathetic but non-physical, and based on MB going up). In reality, MB went down almost exclusively. it was a Sanity stat in the vein of Call of Cthulhu. The journey towards enlightenment generally did not figure into the game. While I enjoyed Kult as a fairly straight-forward horror-mystery game, this felt like a missed opportunity. Leonardo da Vinci is named as a person who achieved enlightenment. As I'm work
Post a Comment
Read more

Death is not the end

I recently bought the new edition of Kult (this one has the subtitle Divinity Lost, which I like better than Death is Just the Beginning). Kult is a game that I have been fascinated with since I read about it in the glossy Danish rpg-mag FØNIX back in the 90s. The fascination came with a good deal of frustration. For one thing it seemed that all the articles about this strange and shocking game (like the Nine Inch Nails of gaming maan!) were plagued with downright atrocious layout choices and background art. This turned out to be entirely in keeping with the game itself. Both the original Swedish and English translation were similarly reader-unfriendly. Where it shone was the setting. The world around us is a prison, from institutions to time, space and biology. We used to be as gods, before we were trapped by the Demiurge in a web of limitations. Look for a way out and you're liable to find cruel entities, inspired by Clive Barker, David Cronenberg and Hieronymus Bosch.
4 comments
Read more

Shoot that old horse, break in the new.

December 26, 2018
I am starting this blog in order to have somewhere to put my ideas, my nerd stuff, half-baked jokes and thoughts about the day to day. I am starting it because I used to write more than I do these days. I'm starting it because Google Plus is shutting down. I have met a lot of people on Google Plus. I have played tabletop rpgs with them (online and in person), and I have visited them. I am not a terribly social person, and that's putting it mildly. Google Plus has helped me find people I enjoy being around. It shutting down bums me out. A Burnt Ship By John Donne   Out of a fired ship, which by no way But drowning could be rescued from the flame, Some men leap'd forth, and ever as they came Near the foes' ships, did by their shot decay; So all wer
4 comments
Read more