Showing posts from August, 2019
Show all

August 26, 2019
The blinding incandescence was diminishing in strength, and I stared at the figure in the doorway. It, he, was a chicken. Ain't no two ways about it. A chicken the size of a six-year-old with yellow feathers, a broad-brimmed hat and a rapier. I was still considering the distinct possibility that this was the onset of of DT. God knows that my body's got more than enough reason to rebel. I've not treated it like I ought. Some mornings I've half-wished that it'd up and leave, like my second wife. Back to the chicken. He removed his hat from his head with a rakish gesture and smiled. I's never considered that a chicken could smile, but it seemed appropriate in the situation. I must've been quite a vision in my strappy t and sagging undies. It was a condescending smile. ”I have a job for you” he said. ”I have been de-niched, and only now have I realized what I must do to set things right!”
Post a Comment
Read more

Magick of the Hobgoblin Wardressers 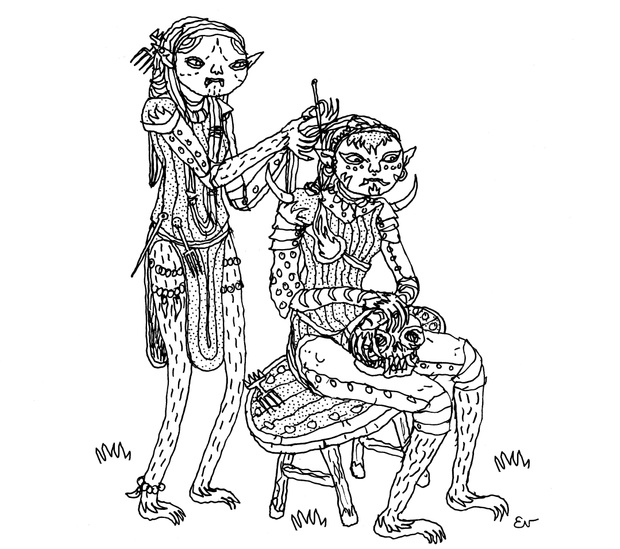 (Once again this is an entry based on one of Evlyn M's brilliant pieces. Support her on Patreon !) Many would probably call hobgoblins a ‘warrior race’. This is quite reductive of course, no species of intelligent creatures are just one thing. It is however true that the hobgoblins spent untold years as the Grey Emperor’s slave-warriors and expendable workers. They staged a great uprising which the hobgoblins call the Us War, since it was the event which made them their own masters. Of course the Grey Emperor is gone from the world now, but these ancient evil have a way of returning. The other species do not see beyond the surface, and still think of hobgoblins as ‘foot soldiers of evil’ or some such nonsense. The hobgoblins for their part keenly remember how the species turned them away harshly or ignored them when they sought aid against their oppressor. Hobgoblins must have perfect hair when they go war. In the days of enslavement it was a creative outlet and an act of de
6 comments
Read more

August 11, 2019
Background tables These tables are meant to serve as inspiration for your teen’s background. You’re not required to use them, or to roll randomly.  D10 Ideology/Belief 1 There is no such thing as bad attention. 2 Being a kid is really an application process for being an adult. I know where I’m meant to go. 3 I have faith (specify). It helps me tell right from wrong. 4 “Life moves pretty fast. If you don’t stop and look around once in awhile, you could miss it.” 5 I know that the world could be better, and it’s my job to make others see this (what’s your cause?) 6 There are more things out there than what people will admit to. I want to see what’s beneath the surface. 7 Childhood is a golden, fading memory. I don’t like I’m heading. 8 I only trust
Post a Comment
Read more 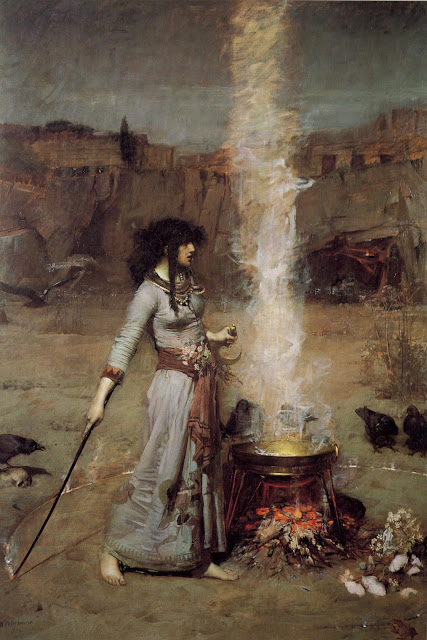 Hi! Remember I was writing a game of modern weirdness called Passing Strange? I almost did. Now I'm back at the keyboard, and what follows is a chapter on magick. Your fingers weave quick minarets. Magick is the way by which one bends the world to one’s will. Magick knowledge is hidden among a lot of nonsense, half-truths and ego, but it is there to be sought out and learned by everyone.  The step that opens the conjurer up to magic is one that must transcend routine, or exaggerate some facet of it. This is by no means a safe or certain process. Many search, but few find, and few things in this world are as dangerous as the seekers after wisdom. 5 Strains of Magick Magick is divided into five strains. Some call them traditions or schools, but whatever the name all true occult philosophers agree on this division. They are the basic components of the human condition (commonly called Heart, Soul, Mind, Flesh and Blood). It is not impossible to learn magick of sev
Post a Comment
Read more
More posts